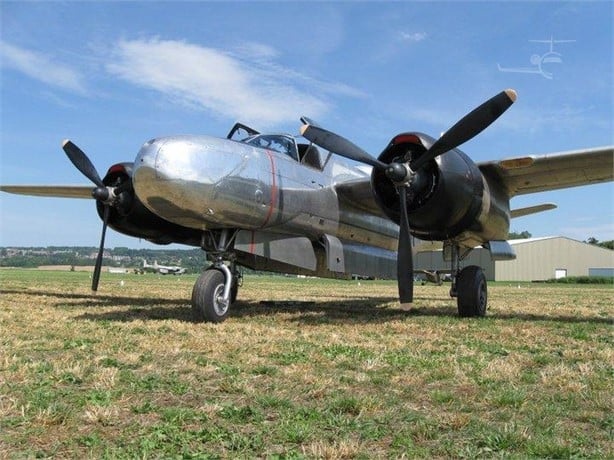 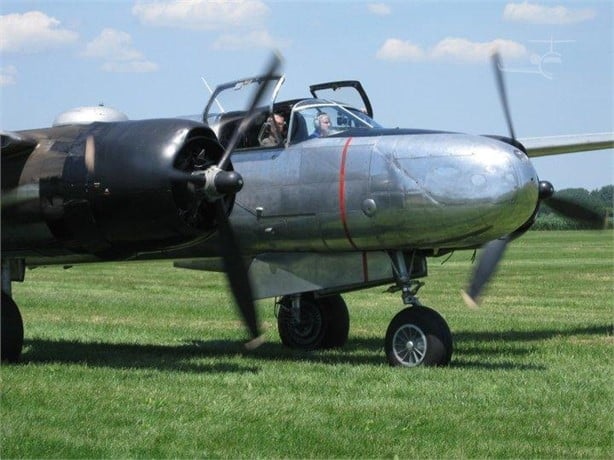 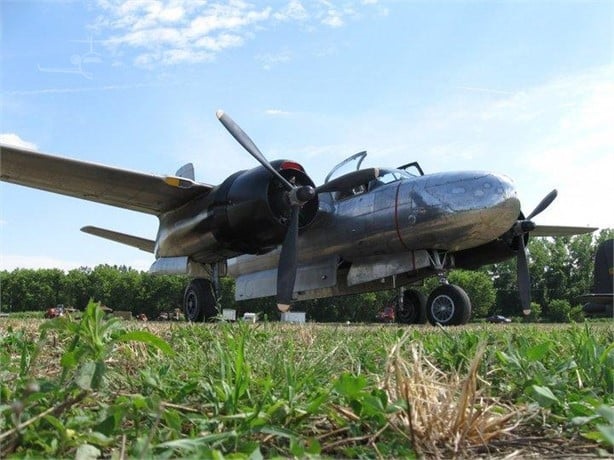 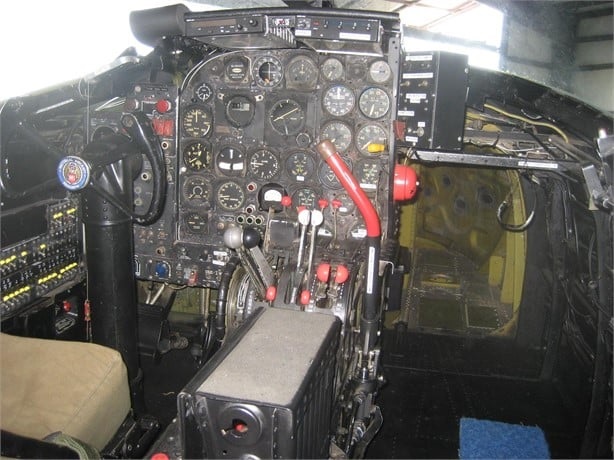 The Douglas A-26 Invader was a military attack aircraft that was used by the United States Army Air Forces (USAAF) during World War II and the Korean War. It was a versatile aircraft that was able to perform a variety of roles, including bombing, strafing, and close air support. The A-26 was first flown in 1942, and it entered service with the USAAF in 1943. It was used extensively in the European and Pacific theaters of war, and it was particularly effective in the low-level attack role. After World War II, the A-26 continued to serve with the USAAF and other military forces around the world, and it was eventually replaced by more modern aircraft in the 1950s.