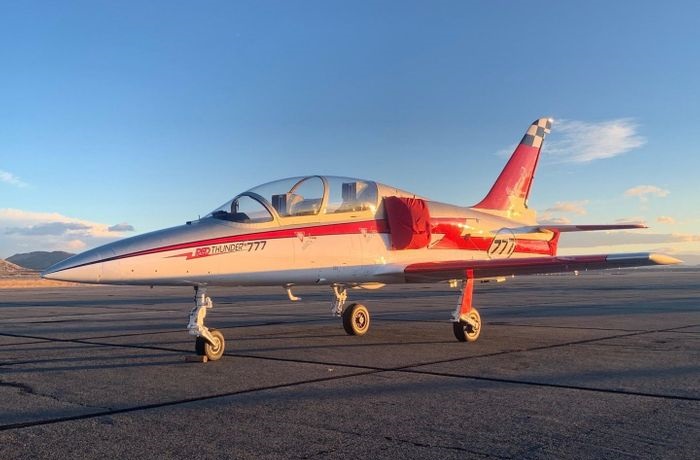 The Aero L-59 Super Albatros is a Czech military training aircraft. It was developed in the late 1950s as a successor to the Aero L-29 Delfin and was produced until 1997. It is a high-wing monoplane with a metal structure and a retractable tricycle landing gear. It is powered by a single Ivchenko AI-25TL turbofan engine, which gives it a maximum speed of around 710 km/h. The L-59 was used by the Czech Air Force, as well as a number of other countries, for advanced and weapons training. It was also exported to several countries for use in military training and light attack roles.