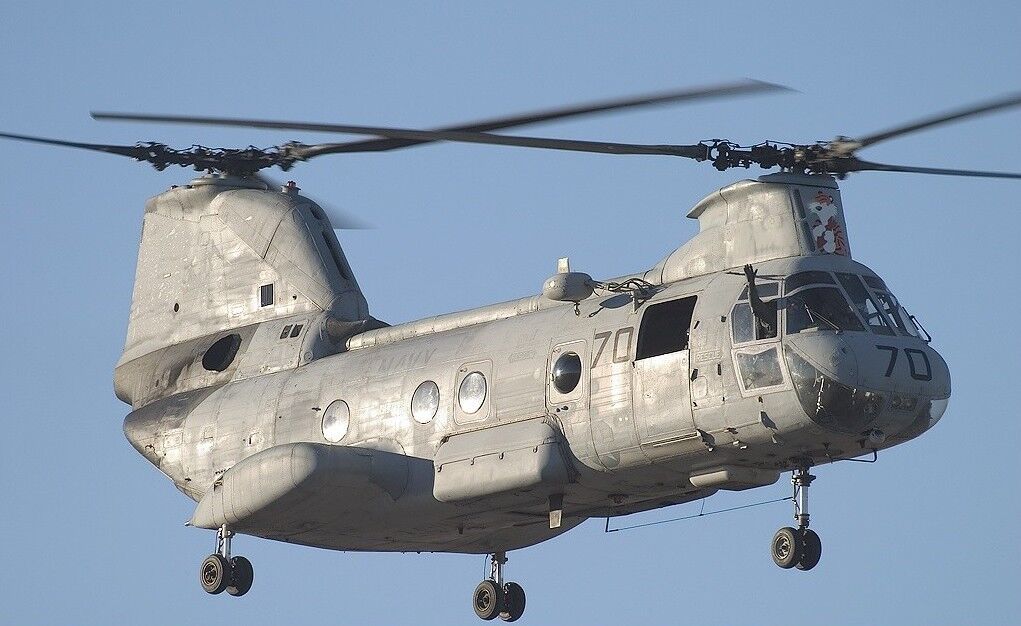 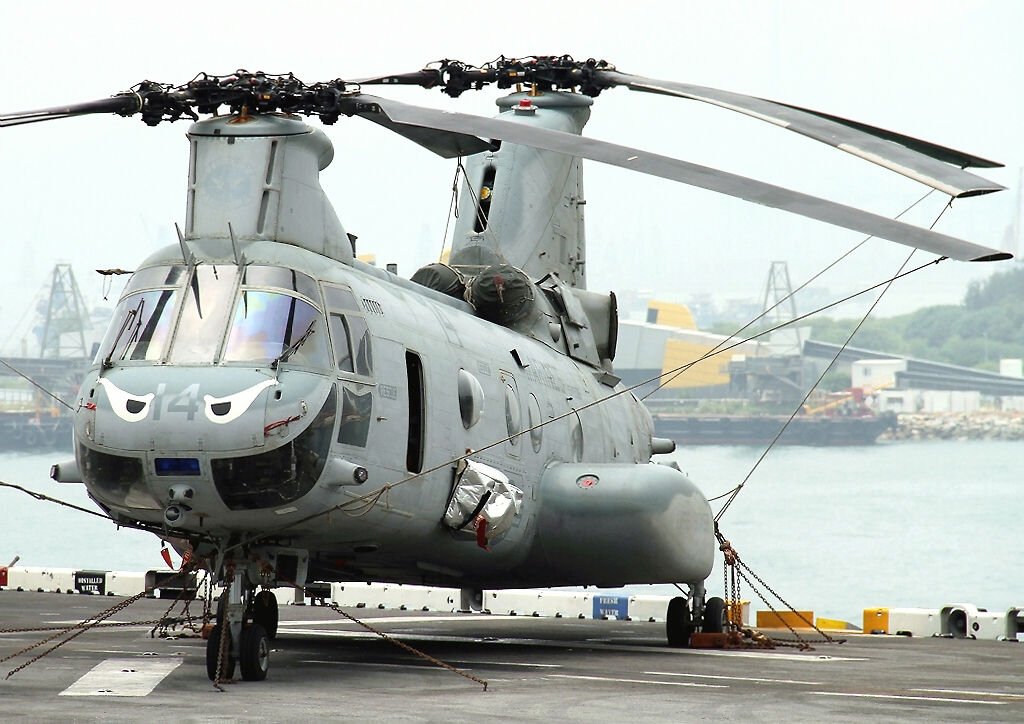 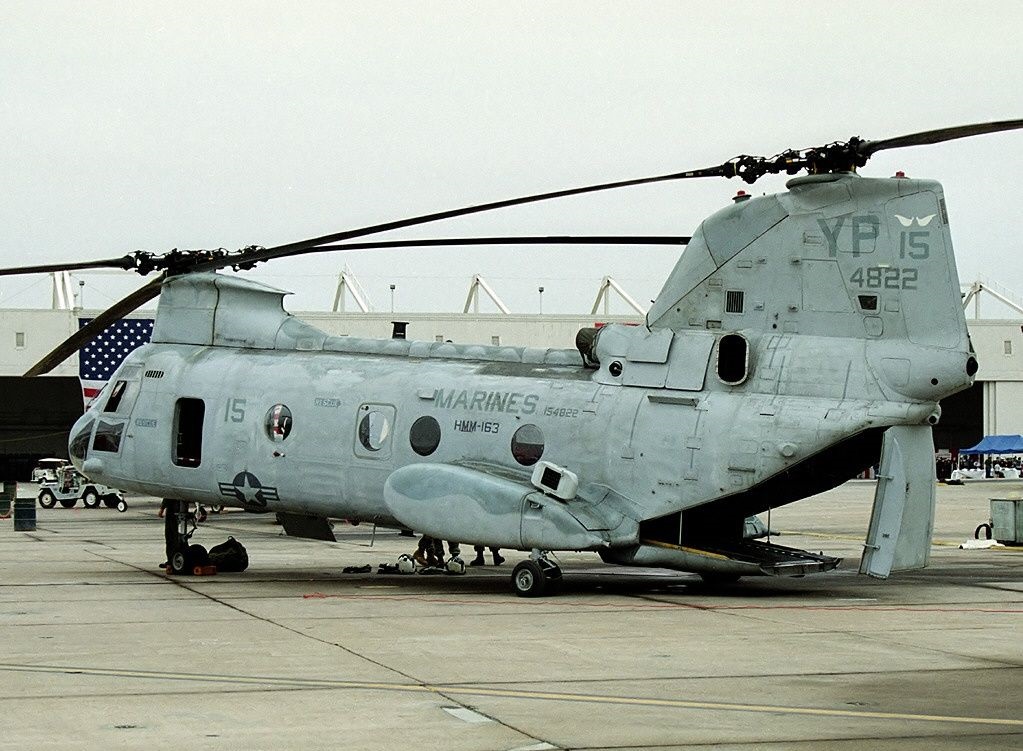 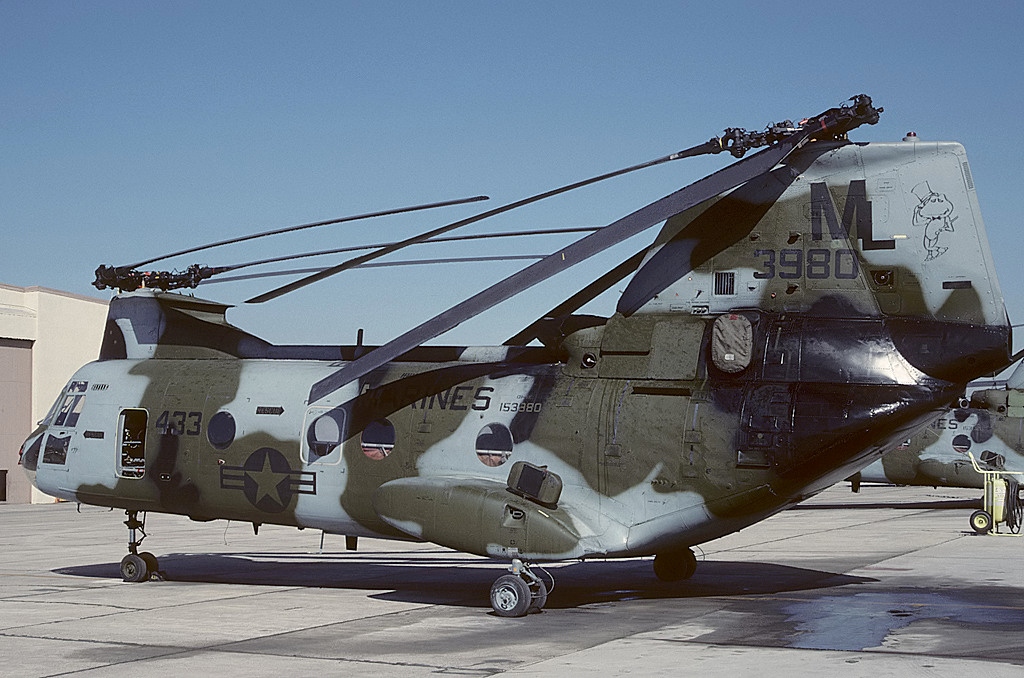 The Boeing Vertol CH-46 Sea Knight is a medium-lift tandem-rotor helicopter used by the United States Marine Corps (USMC) and other military forces. It was originally designed and developed by Vertol Systems, which was later acquired by Boeing. The CH-46 has a tandem-rotor design, with one rotor located at the front of the helicopter and the other at the rear. It is powered by two General Electric T58-GE-16 engines and has a range of approximately 400 miles. The CH-46 has been used for various military roles, including transport, search and rescue, and medical evacuation. It was first introduced into service in 1964 and has been in continuous operation with the USMC and other military forces since then.