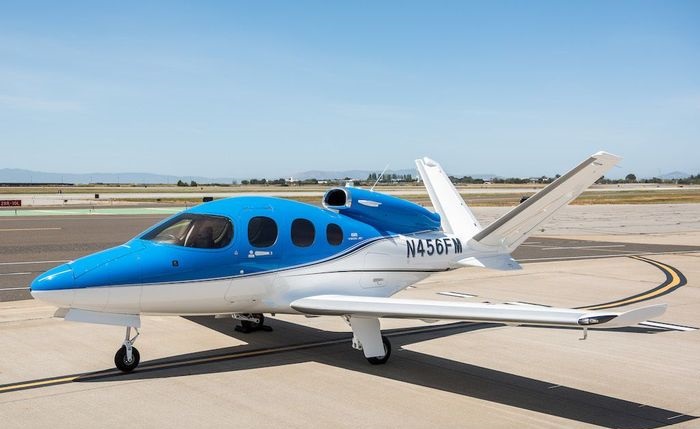 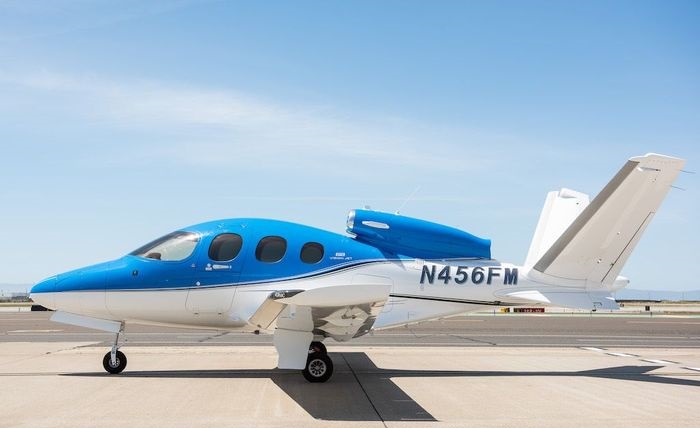 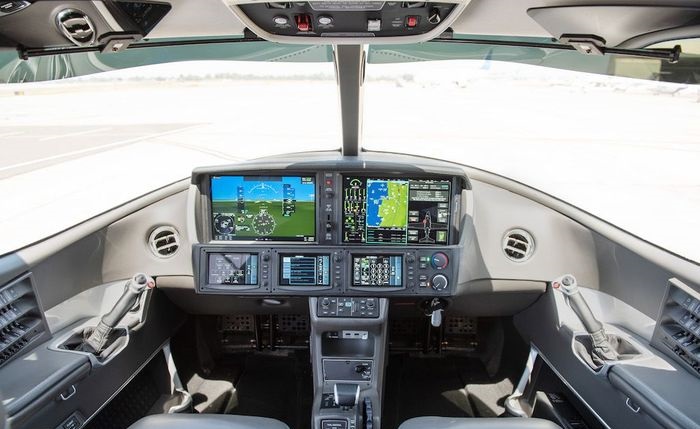 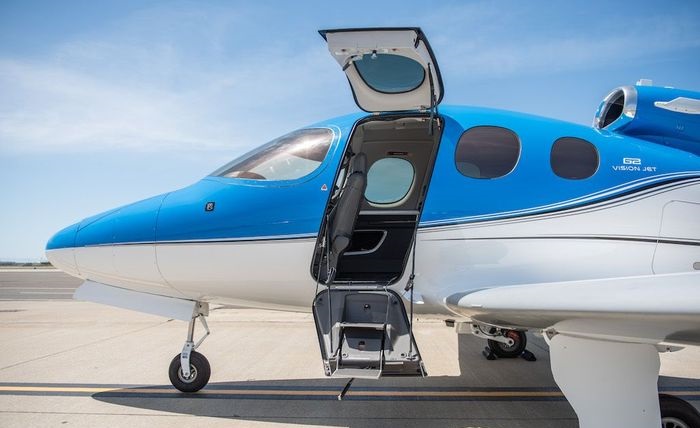 The Cirrus SF50 G2 Vision Jet is a single-engine, low-wing, private jet aircraft developed by Cirrus Aircraft. It was announced in 2016, and production began in 2018. It is the first single-engine private jet aircraft, and the only such certified jet to date, with a maximum seating capacity of up to seven people. The aircraft is powered by a Pratt & Whitney Canada PW615F turbofan engine and features an advanced avionics suite with an integrated autothrottle and an optional synthetic vision system. It also has a parachute system for emergency descent. The aircraft is capable of reaching a maximum speed of 303 knots (345 mph), and a range of 1,250 nautical miles (1,450 statute miles). The G2 model features improved aerodynamics, engine performance, and cabin design compared to the original SF50.