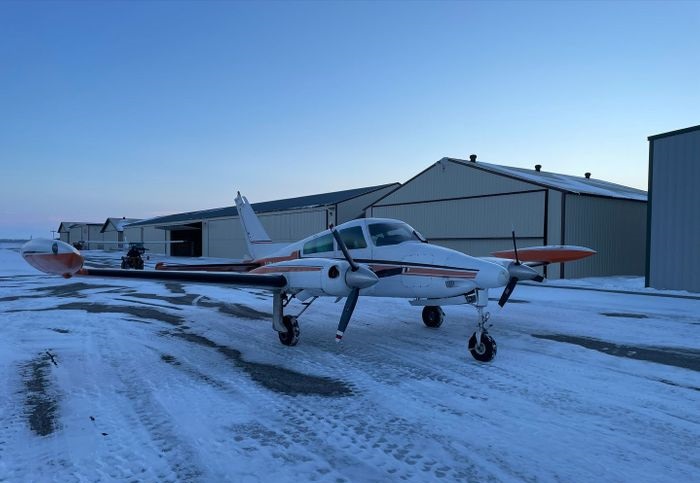 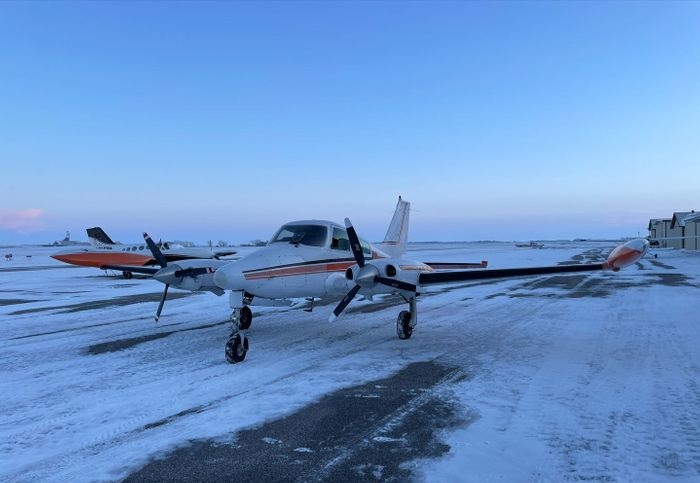 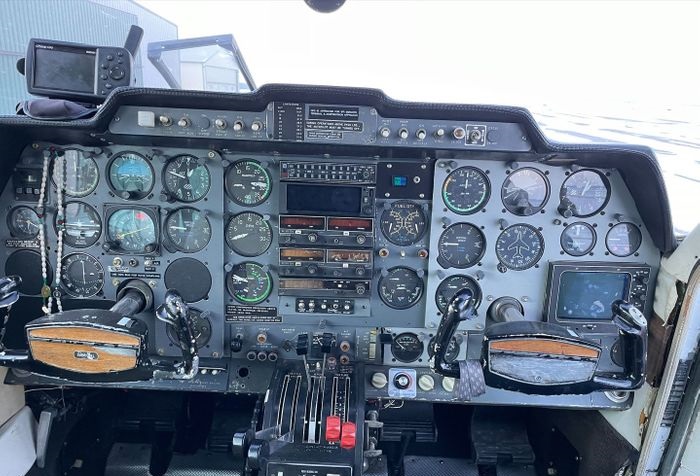 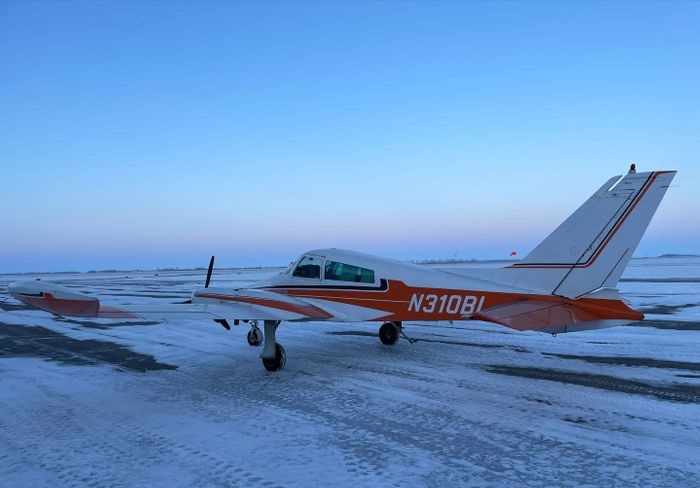 The Cessna T310Q is a twin-engine, low-wing monoplane with turbocharged Continental TSIO-520-B or TSIO-520-BB engines and maximum takeoff weight increased to 5,500 lb. That was produced by Cessna between 1970 and 1980. It is a popular aircraft for personal and business use, and is known for its reliability and efficiency. The Cessna T310Q has a seating capacity for up to six people, and is equipped with two piston engines. It has a range of about 1,500 miles and a top speed of around 250 mph. Cessna T310Q is no longer in production, but many examples are still in operation today.