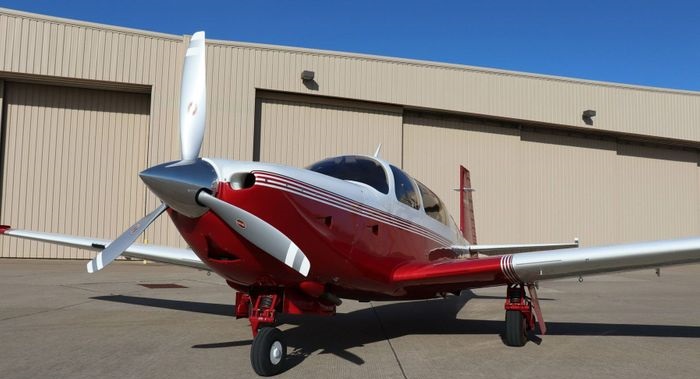 The Mooney M20R Ovation is a single-engine, four-seat, high-performance aircraft produced by Mooney International Corporation. It is a retractable gear version of the Mooney M20M Bravo and is powered by a Lycoming IO-540-K1G5D engine. The Ovation was first introduced in 1997 and was in production until 2006. It is known for its high speed and efficiency, with a cruising speed of up to 210 knots and a range of over 1,100 nautical miles. The M20R Ovation has a composite airframe and is equipped with advanced avionics, including a G1000 glass cockpit